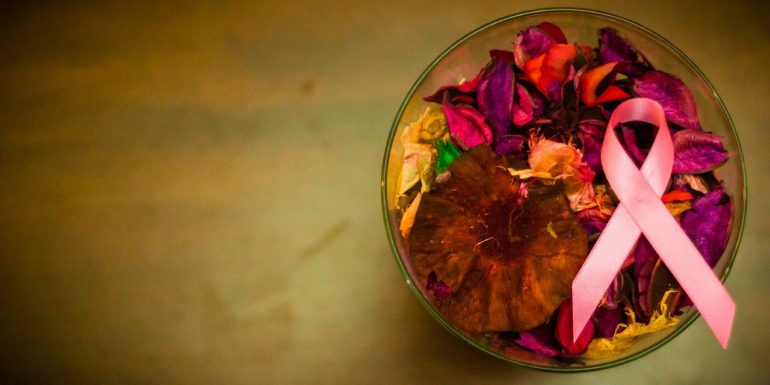 Quick and relatively cheap diagnostic method provides an answer after single blood test whether a gene mutation which promotes the development of breast and ovarian cancer is present in the DNA of the individual. The method, created in the Competence Centre for Cancer Research (CCCR) in Tallinn, is already in the focus of interest of the North Estonia Medical Centre.

“Cancer never stands for only one disease, but about 250 different diseases which are always dependent on the location and causes of the specific tumor,” says Riin Ehin, Head of the Competence Centre for Cancer Research which operates in the Building of Natural Sciences of the Tallinn University of Technology.

However, as of today, some of the factors have been discovered which could promote the development of cancer, heredity being one of them. Precisely the method of identifying the risk of heredity in breast and ovarian cancer is one of the first solutions which from the working table of the CCCR scientists, who have been working three years, should enter clinical practice this autumn.

According to current knowledge breast and ovarian cancer are hereditary in only 5 – 10% of the cases. However, if these cancers have occurred earlier in the family, the risk of becoming a victim of the disease is already much bigger.

Therefore, it would be important for the descendants of the individuals who have had breast or ovarian cancer to gain knowledge as early as possible whether the gene mutation which propagates cancer is also present in their DNA.

In 85% of the cases hereditary breast and ovarian cancer are caused by mutations in two genes which are called BRCA1 and BRCA2. Disorder in the same genes in men can cause prostate cancer and, in rare cases, also breast cancer.

Naturally, the association between the defects in these genes and cancer is not unambiguous and absolute, but merely probable.

“If you have these genes in undamaged condition or like God had written them, you can still get cancer. But if these genes contain defects then you already belong to the risk group,” explains Ehin.

Answer within a few weeks

Timely discovery of the mutations of these genes would give the person a chance to adjust her lifestyle in order to exert maximal inhibition on the development of cancer (for example, stop drinking alcohol and smoking, follow a diet which has been established with a doctor, etc.) and participate in regular cancer screening).

Since the genes in question are very large the determination of mutations via the usual gene sequencing would be very expensive and time-consuming.

Therefore, methods of fast determination of BRCA gene mutations have been developed in several places in the world, which are based on searching for the most frequently occurring mutations in a specific population (for example, Germany, Russia, or Lithuania).

BRCA gene mutations which are specific only to the Estonian population are currently not known. Moreover, they do not need to exist at all.

“In these genes we mostly have the same mutations like elsewhere in Eastern and Central Europe,” says Egle Rebane, Project manager of the CCCR. “However, among these we have identified mutations which are most frequent in our region.”

To the patient the procedure means donation of only 5 milliliters of blood, after that one has to wait the answers for a couple of weeks. However, this must be preceded by a consultation with a geneticist.

During that it will be evaluated whether the occurrence of gene mutations is probable, taking into account the history of familial disease of the patient. In order the consultation to be successful it is important that the patient is aware whether and which relatives have previously suffered from breast and ovarian cancer.

“Instead of keeping guest books at home it would be a good idea to implement domestic disease books, where one could note when and for which reason the great-grandmother, for example, has died,” recommends Ehin.

The Health Insurance Fund does not compensate

The procedure costs a few thousand kroons and for the time being the Health Insurance Fund does not compensate for this.

At present, the CCCR already performs such diagnostics on the premises of the Magdaleena Policlinic of the East Tallinn Central Hospital.

“However, it is also associated with certain problems. On the one hand, it is very good if the patient is aware of her personal risk of cancer. But on the other hand, it causes anxiety in her. We must be able to offer this kind of patient a possibility of early discovery and curative treatment of cancer,” he added.

Rebane says that the methods of the CCCR enable to specify and, if necessary, also modify the treatment of the patients who already have cancer, because several anti-cancer medicines are effective only in cancers which are caused by mutations in BRCA genes.

It also provides a possibility of preventive examination of the family members and close relatives of cancer patients. In addition, development of similar diagnostics for the discovery of genetic predisposition of other types of cancer is also on the horizon.

“For example, hereditary colon cancer is associated with mutations in three genes – MLH1, MSH2, and MSH6,” sheds Rebane light on new work trends of the CCCR:

“This kind of diagnostics is a big step in the prevention of cancer. The costs of prevention, however, are minimal compared to the therapy of the cancer itself.”

When should hereditary cancer be suspected?

– In predecessors, cancer has been discovered at an earlier age (generally before 50 years)

– Congenital defects (for example, intestinal polyps or cancer, and hyperpigmented spots on the lips)

– Cancer which is not typical of the sex of the patient (for example, breast cancer in men)

– Tumors are present in the family in two or more consecutive generations, or in the first-degree relative