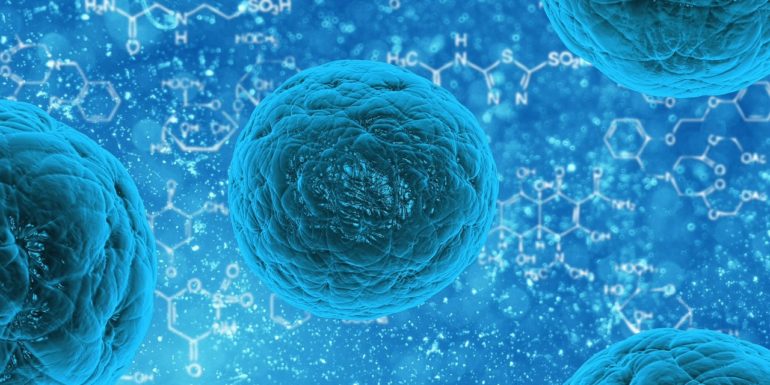 Are the proteins that plant viruses use to subject plant cells capable of overtaking human cancer cells?

Genetic information is hid in DNA in the cell’s nucleus. Based on that information, new proteins are synthesised in ribosomes. As anyone would remember from secondary school biology, a molecule called RNA acts as a messenger between the nucleus and ribosomes. It copies the necessary excerpt, a gene, from DNA, and moves to ribosomes thereafter where the “demanded” protein is then produced based on the information received.

A decade ago it was still thought that a cell works as simple as that: the more RNA is produced and sent, loaded with information, from the cell’s nucleus towards the ribosome, the more proteins are synthesised. However, 11 years ago scientists Craig Mello and Andrew Fire discovered something that brought them the 2006 Nobel Prize in Medicine and made biology more complicated than before: they introduced a phenomenon called RNA interference to the world.

Simply put, RNA interference is a mechanism using which a cell destroys a part of RNA in it. This might be the cell’s own RNA that has, for some reason, proven excessive, or foreign RNA belonging, for example, to viruses. RNA pieces chosen for destruction are tagged with micro-RNA fragments synthesised especially for that.

If RNA interference fails excessive RNA fragments remain but, on the other hand, fragments actually necessary for the cell for synthesising new proteins are wiped away. This is exactly what happens in cancer cells.

“When scientists started analysing the newly discovered RNA interference, they saw that in tumour cells, it does not work as in normal cells,” says Erkki Truve, professor of TUT Department of Gene Technology. “In tumour cells, the mechanism of RNA interference is skewed, and protein levels will turn into what they shouldn’t be in these cells.”

That is how a cancer cell forms with the chief unpleasant characteristics of uncontrolled division and refusing suicide meant for cells in such circumstances.

There is no cancer in plants because they do not have blood circulation enabling metastasis. For the same reason, each plant cell must cope with viruses attacking it on its own, without hoping for help from the blood stream. Since plant viruses usually have an RNA genome (i.e. they have no DNA), plants use RNA interference to suppress viruses, killing foreign RNA discovered from the cell.

Plant viruses have developed countermeasures: they can synthesise proteins which partly turn off the plant cell’s RNA interference. Scientists call such proteins suppressors of RNA interference. That is precisely the topic of CCCR’s project manager’s Cecilia Sarmiento’s doctoral thesis.

“Plants kill viruses using RNA interference. It is only logical that the virus protects itself, fighting this mechanism. As a result, balance is created in the plant,” she explains. “Since the virus is a parasite, it will not wish for the plant to die.”

Scientists from TUT had an idea: maybe plant virus suppressors can be successfully used in cancer cells to call RNA interference gone berserk to order?

Truve claims that hundreds of laboratories in the world are involved in studying RNA interference in tumour cells and in compiling a microRNA profile for each type of cancer.

“Since we know the suppressor proteins of plant viruses well – and most cancer researchers probably don’t – we thought that we would try to push the skewed RNA interference in cancer cells back into its rightful boundaries using plant virus proteins,” he says.

The project that started approximately half a year ago has already yielded its first positive results: tissue cultures of prostate cancer influenced by suppressor proteins isolated from tomato, potato and rice viruses have brought along changes in the RNA interference of cancer cells. However, it still remains for the scientists to discover which protein specifically influences a cancer cell in which direction.

This spring, sequencing, i.e. detecting and taking down the sequence of molecules’ “building blocks”, of microRNA molecules will be started. When scientists compare the microRNA sequence of a usual cancer cell to the corresponding sequences of cells treated with a suppressor, it gives them an idea of the impact of a specific suppressor protein.

As a final result, it should be possible to find a protein which influences the cancer cell in exactly the manner hoped – turning off RNA interference gone wild. This protein would be the basis of creating a prototype for a new generation cancer drug.